Dominic Cooke (The Crucible) directed the fifth installment of BBC’s Hollow Crown: “Henry VI Part I” in 2016. The Shakespeare adaptation stars Tom Sturridge (Being Julia) as King Henry VI, Sophie Okonedo (Hotel Rwanda) as Queen Margaret, and Hugh Bonneville (Downton Abbey) as Duke of Gloucester. In the acclaimed television film, Cooke is able to adjust the historic timeline just enough to provide an incredible look at the story of Henry VI. Despite the decision to veer away from Shakespeare’s writing slightly, nothing seems out of place or missing in this historic adaptation. 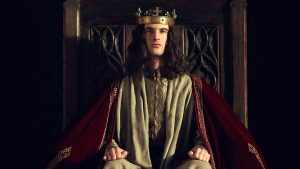