Some say Marlowe was killed because he refused to testify against Sir Walter Raleigh. Crown agents wanted to convict Raleigh for being an atheist. Ingram Frizer and Robert Poley may have been asked to persuade Marlowe to testify during their meeting at Eleanor Bull’s establishment. Marlowe’s death was either an accident, or they killed him for his refusal to cooperate.

Another theory is that Marlowe was an atheist, and because Queen Elizabeth believed that he was inciting religious rebellion, she ordered his death. Crown agents searched Marlowe’s rooms in search of heretical papers, but only found his roommate, Thomas Kyd. Kyd was tortured and forced to confess. In Marlowe’s time, not believing in the supremacy of the Anglican church was a crime. It is feasible that the Queen was fed up with Marlowe’s open disrespect and ordered him killed, telling her agents to make the scene look like a bar fight.

Sir Robert Cecil, angry at Marlowe for including Catholic propaganda in his work, may have ordered his death to prevent the spread of his heretical ideas throughout the world.

It’s been suggested that Lady Audrey Walsingham planned to have Marlowe murdered. Lady Walsingham was married to Marlowe’s great friend and literary patron, Sir Thomas Walsingham. There has been speculation that Marlowe and Walsingham’s relationship went beyond friendship and crossed into romance. According to this theory, jealousy provoked Lady Walsingham to hire thugs to kill her rival.

However petty or political the reason, there are many people who may have wanted Christopher Marlowe dead. A bar fight would have made an excellent cover up for an execution. 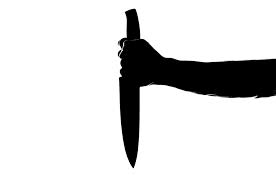