Marlowe’s Edward II was first printed by Robert Robinson for William Jones in 1594, but the play was first performed in 1592 for Pembroke’s Men.  Edward II tells the story of the monarch’s life and reign, as well as his relationship with Piers Gaveston.  To look at the different editions move your cursor over the titles below and see the open source editions and additional play resources. 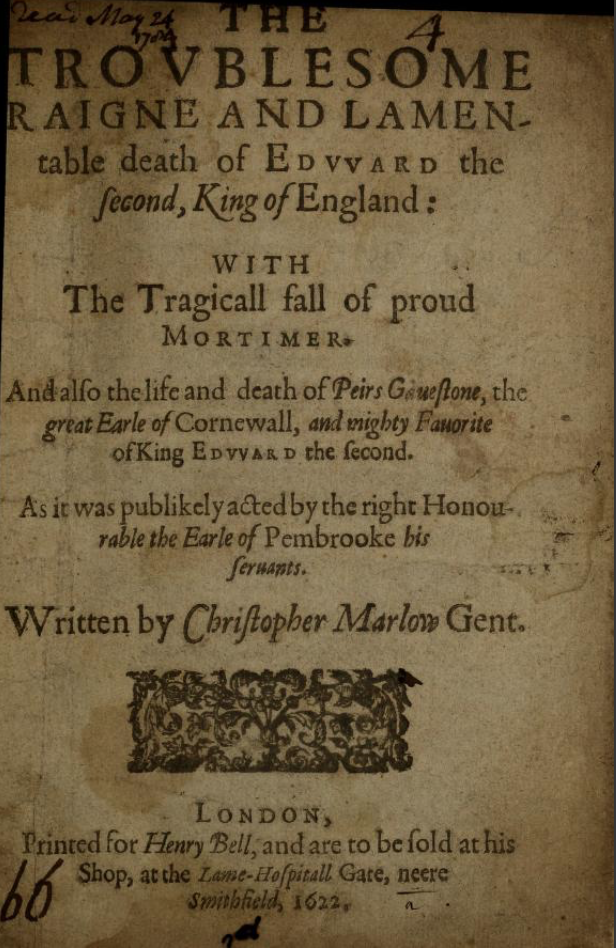 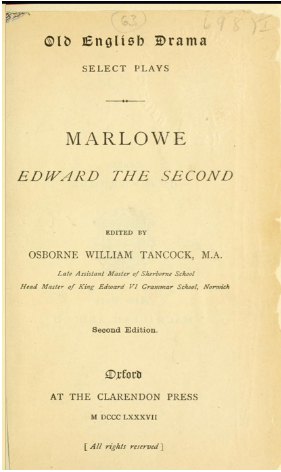 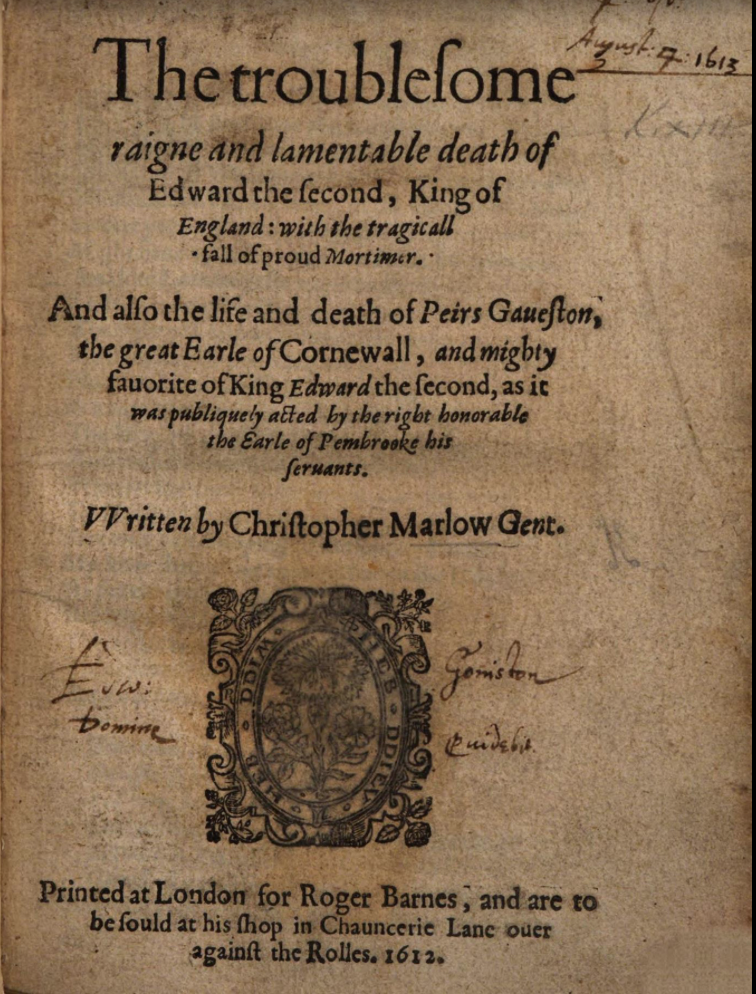 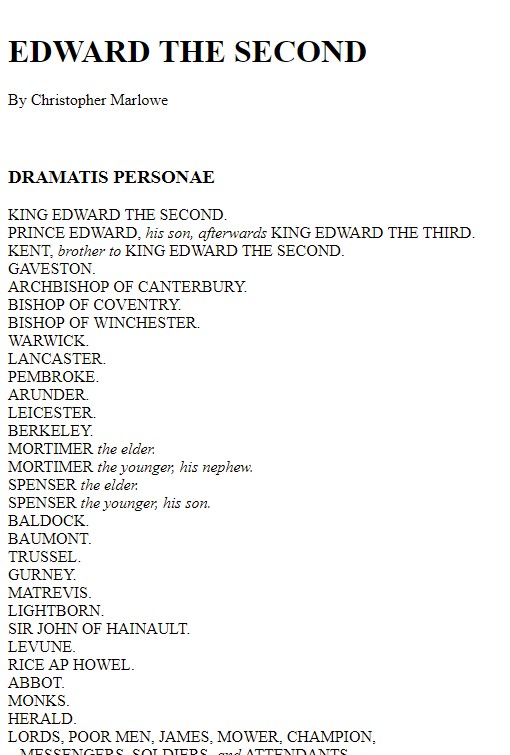 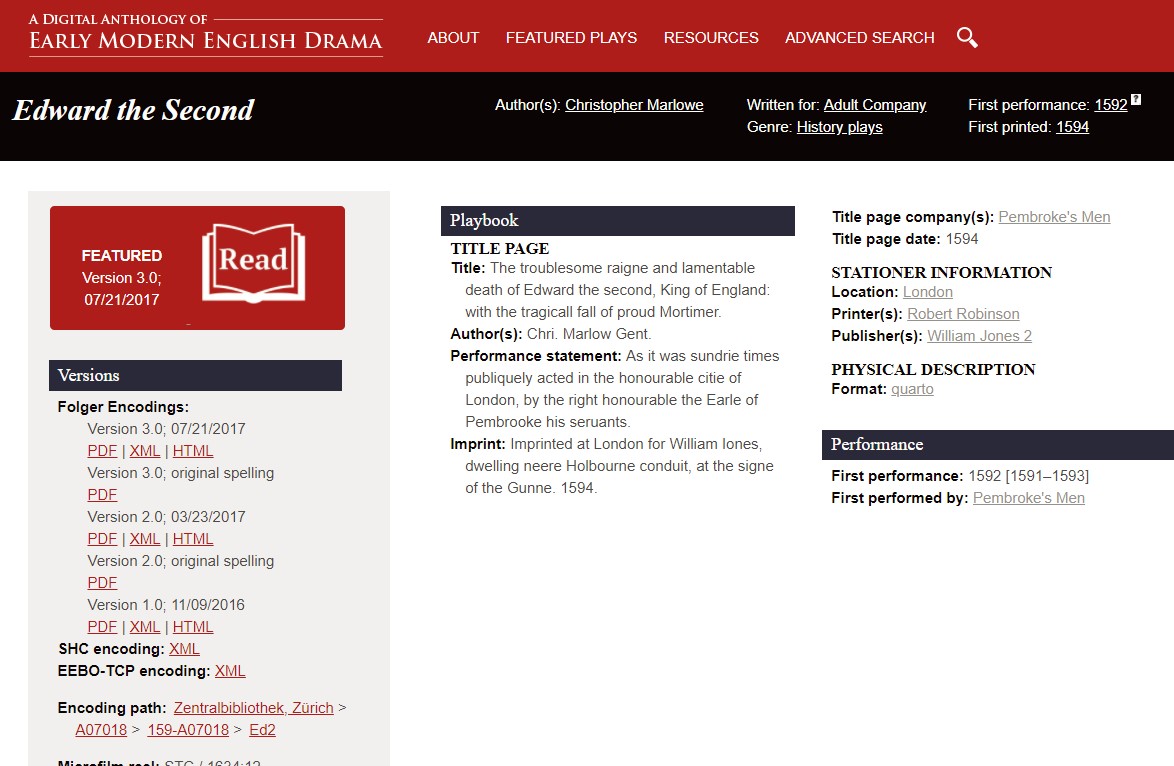