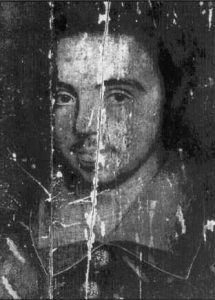 The night of Marlowe’s death Marlowe was accompanied by three men: Ingram Frizer, Nicholas Skeres and Robert Poley. All men, including Marlowe himself, were working under a man by the name of Sir Francis Walsingham (Biography.com). Simple research states that although Walsingham’s values were far different from Marlowe’s, there is no evidence that Walsingham held any resentment towards Marlowe. Articles do mention the possibility of Marlowe being a spy, explicitly stating that the reason behind Marlowe’s death was not due to this. Research shows that Marlowe was most likely attacked due to his “big mouth” in a verbal fight with one of the customers of the tavern.

Other sources state that he was attacked due to his atheist beliefs, or possibly because of his homosexuality. Considering how much of a taboo it was to be even remotely feminine for a man – “Any male whose back and sides were not short, whose dress was not conventionally drab, whose scent was of anything but soap and sweat, who minced or flounced or giggled, was dismissed as a queer, a homo, a poof or a nance” (Thompson, 27) – and to defy any beliefs regarding the church, it wouldn’t be surprising to have research pop up about Marlowe being attacked due to these traits. However, there were valid reasons as to why he may have been assassinated.

The one aspect about Marlowe’s death that can be held certain was that it was not faked in any way. Considering the impact, the angle and the location of the knife, there is no possible way Marlowe had survived at most minutes after his stabbing. Most well trusted sources state that Marlowe had died that night when he was stabbed in the tavern, and although one source did say that the dagger itself may not have killed him, the source continues to justify the dagger being responsible for causing “cerebral compression caused by the resultant intracranial haematoma.” (Rowling 46).

Although the main reason behind Marlowe’s death is still uncertain by many historians, there are few doubts about Marlowe dying that night in the tavern in general. It is possible that Marlowe’s death was an assassination, the lack of concrete evidence should not be equate to the idea of Marlowe being a target of homicide.